Spaceballs of the Carribean

"Spaceballs of the Carribean" is the eighth episode of Spaceballs: The Animated Series. It is a parody of Pirates of the Caribbean.

President Skroob fools Yogurt with a "free body scan" to steal his gallbladder which is the source of all the Schwartz. Now Lone Starr and "Black Barf" must get it back. But Dark Helmet wants all the Schwartz in the galaxy. 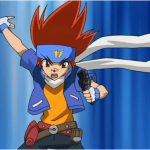