Planet Druidia consists of the kingdom of King Roland led by his daughter and heir Princess Vespa. It is right next door to Planet Spaceball. It has many natural resources, mainly a large supply of air. Druidian air is so fresh and abudant they have made a business of canning and exporting it to other planets, as evidenced by a can that say "Perri-Air: Imported from Druidia". President Skroob and Dark Helmet (as well as their henchmen the Spaceballs) want to suck the air out of Planet Druidia and use it to save Planet Spaceball (which would also destroy Druidia), but thanks to Lone Starr and the power of The Schwartz, they fail.

The Druidians have built a planetary shield to defend themselves.

The planet is a parody of Alderaan from the Star Wars franchise, except it isn't destroyed by the antagonists. 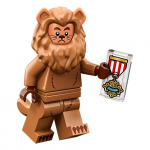 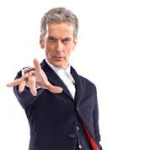